If you’re heading to India then Varanasi The Holy City of India is a must-see! Chaotic, spiritual, colourful and authentic; Varanasi perfectly sums up India.

I made my way to Varanasi backpacking with my brother. We boarded our first ever sleeper train (how exciting!) on a Monday evening in Kolkata and woke up the next morning in the city we had both been most anticipating since deciding to travel the land of maharajas and masala.

We stayed at Ram Bhawan Residency (known more widely in the area as Kautilya Society), which was my favourite guesthouse in India. It’s a very cool little place that functions as a guesthouse and the office of two NGOs, one which protects local heritage and another which facilitates intercultural dialogue. In order to stay, you are charged a membership fee (200Rs for 6 months) on top of the room rate, but it is well worth it! Although a little hard to find as tuk-tuks and taxis are not allowed into the old city, the guesthouse is situated in an amazing spot – within a maze of little old winding roads. Locals will point you in the right direction! If not Ram Bhawan, I would highly recommend staying somewhere close. It’s a short walk to the ghats and a 5 minute walk to the main Ghat. As well as a great location, the guesthouse rate also includes a simple breakfast of toast, butter, jam, fruit, tea and coffee and delicious local dishes for lunch, great for when you feel like heading back to your room after a busy morning of exploring! The staff are warm and friendly and the housekeepers are lovely ladies who are quick to make a cheeky joke. Sights of Varanasi The Holy City of India

The Ghats are what draw most people to Varanasi. They are riverfront steps leading down to the Ganges where pilgrims come to perform ritual ablutions. Many of the ghats are associated with mythologies, for example, Dashashwamedh Ghat is said to have been created by Lord Brahma to welcome Lord Shiva. The ghats are best viewed at sunrise and sunset. In the early morning people come to bathe and perform rituals and in the evening Ganga Aarti, a fire dedication to Goddess Ganga, is made at Dashashwamedh Ghat. Taking a boat out on the Ganges is a relaxing way of taking in the ghats without the hassle of touts. We paid 200Rs for an hour trip for the two of us and we were taken up to Manikarnika (burning) Ghat and back to Dashashwamedh where we watched the Aarti ceremony from the boat with a spicy masala chai. I would recommend spending at least a day getting lost on a long walk along the ghats and through the old city streets followed by a meal at a rooftop restaurant overlooking chaotic Varanasi life.

The burning ghats are particularly fascinating. The main burning ghat is Manikarnika Ghat and is the most promising place for a Hindu to be cremated. Bodies are wrapped in cloth and carried through town to the ghat where they are doused in water from the Ganges and cremated in public. It is the site of up to 200 cremations daily and is a powerful place. It is obviously important for tourists to exercise respect here, these are families in morning so it’s best to keep a little distance and leave the camera. Another interesting attraction is Sarnath Excavation site and Dhamek Stupa. This tranquil site holds special significance among Buddhists as it is said to be the place where Buddha chose to deliver his first sermon to five disciples after attaining enlightenment. The stupa was built to commemorate the site and is one of four places of pilgrimage which devout Buddhists should visit. Street Food of Varanasi The Holy City of India

We ate some really delicious meals in Varanasi. I wouldn’t have a clue what most of it was called as we generally found a street food stall and pointed at the dish we wanted. However my favourite was masala dosa. Dosa is a crispy rice crepe usually served with a filling (in this case masala) and with a couple of sides to dip it into. Dosa stalls can easily be found on a walk through the old town streets. If you’re in the area, you should also grab a tasty lassi, a refreshing yoghurt based drink which is often flavoured with fruit and topped with clotted cream. I’d highly recommend checking out Baba Lassi, they make an exceptional drink and are an easy store to find in the old town. My brother and I are a pair of thirsty Aussies, so we enjoy a cheeky beer after a long day of exploration, but as with much of India, alcohol is a little tricky to come by due to strict licencing laws. We found a couple of quiet, somewhat shady bars a fair way from the action with a quick Google Maps search, otherwise international hotels often serve alcohol but generally in a quite soulless atmosphere. One evening a friendly shop keeper close to our guesthouse mentioned he could sell us a couple of beers. We eagerly took him up on the offer. He disappeared up to his apartment for a few moments and returned with two newspaper-wrapped bottles, we quickly and quietly handed over a few hundred rupees then hurried back to our room. We were pretty surprised when we unwrapped the beer – the labels were ripped off and the bottles were filled to different levels. Indian homebrew, we speculated.

It’s an exhausting and confronting city at times – you’re continually pushing through crowds of pilgrims, cows and loud funeral processions, touts are swarming you, cars and tuk-tuks are honking, beggars follow you, monkeys jump at you from power lines… there is just constantly so much happening all around you. But that’s what makes it so great. The beauty of the place is that in each direction you look, in any moment, you will find something fascinating in Varanasi The Holy City of India.

Be sure to check out my Bio and leave a comment I’d love to hear from you. 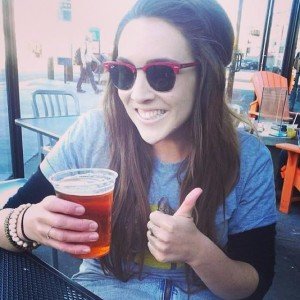 Having grown up in a household with parents that love travelling I was given the opportunity at a young age to see the world and often ventured with them. This early exposure to the world fuelled my own passion for travel and I have been on many trips including backpacking through South America and Mexico, trekking through South East Asia and a recent backpacking trip through India. I am currently completing my final semester at University and when completed I am looking forward to more adventures including sailing on the Young Endeavour from South Africa to Western Australia. I have recently started posting some of my adventures on my parents’ blog www.frequenttraveller.com.au and hope that you enjoy my articles.

1 thought on “Varanasi The Holy City of India”